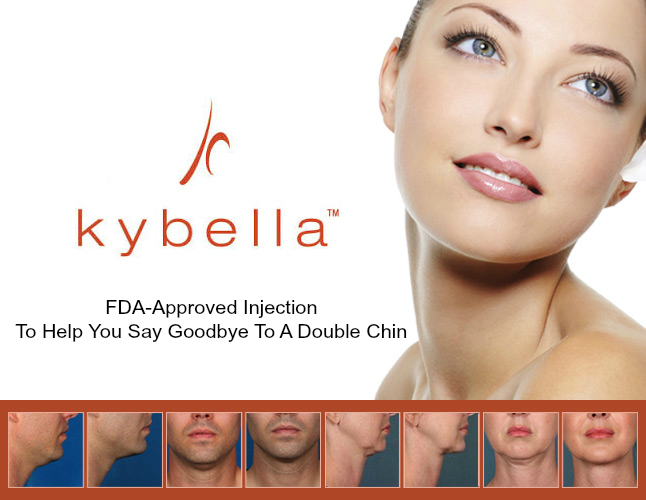 Tracy Hotta will be bringing a revolutionary treatment to Moorea this month!

Tracey Hotta RN, BScN, CPSN, CANS, has been a nursing professional since 1984 and is a certified plastic surgery nurse. Tracey has spent the past 25 years in plastic surgery and we are truly happy to be able to offer her services to our clients! She will be providing clients with KYBELLA injections to treat submental fullness!

Submental fullness, sometimes referred to as “double chin”, is a common yet undertreated facial aesthetic condition. It can impact a broad range of adults, including both men and women, and can be influenced by several factors such as aging, genetics and weight gain, and is often resistant to diet and exercise alone.1

If you’re bothered by submental fullness, you’re not alone. According to a 2015 survey conducted by the American Society for Dermatologic Surgery (ASDS):2

So what is KYBELLA?

KYBELLA (deoxycholic acid) injection is the first and only FDA-approved injectable treatment that contours and minimizes the appearance of what is commonly known as “double chin”. This treatment works by destroying fat cells. KYBELLA  is a great alternative for those not wanting  liposuction or surgery to treat double-chin.

It’s is a non-animal, non-human, synthetic chemical substance that can be found in smaller quantities in the human body. It’s a lecithin chemical that disrupt the cell membrane of fat cells, releasing their contents and break them down safely and effectively resulting in a more contoured look to this area.  Once destroyed, those cells cannot store or accumulate fat.

What does it do?

KYBELLA is a prescription medicine used in adults to improve the appearance and profile of moderate to severe fat below the chin (submental fat).

Submental fullness, or “double chin”, is a common but often untreated facial aesthetic condition. It can impact a wide range of adults, including men and women, and can be influenced by several factors such as aging, genetics and weight gain, and is most often not reduced by diet and exercise alone. 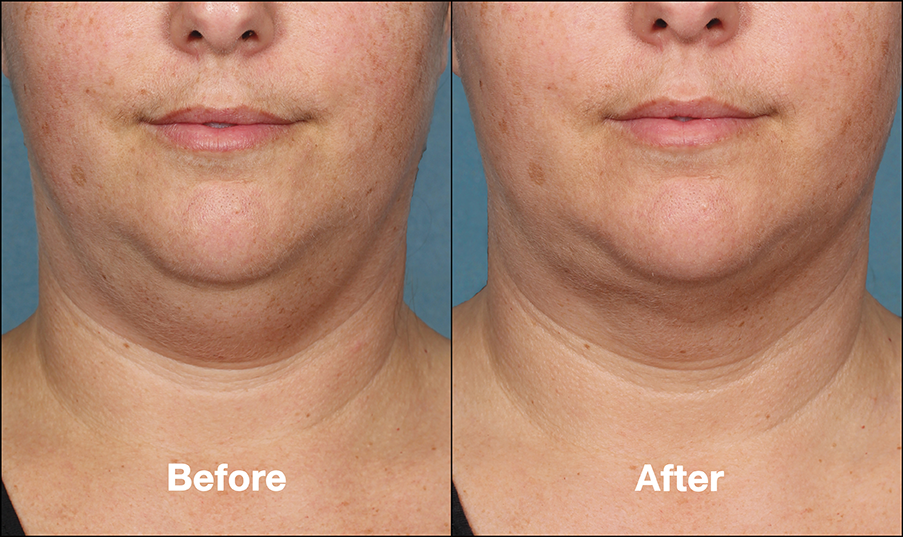 How is the treatment done?

What happens to the double chin fat? 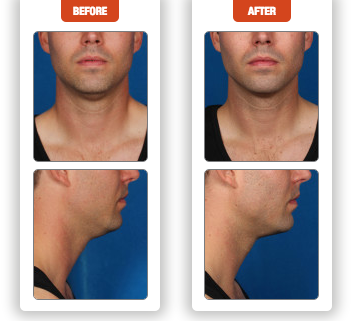 How many treatments will I need?

Many patients experience visible results in 2 to 4 treatment sessions. During these sessions, your HCP will administer KYBELLA® into the fat under your chin using multiple injections. Up to 6 treatment sessions may be administered spaced no less than one month apart. After the aesthetic response is achieved, retreatment with KYBELLA® is not expected.

What is the downtime of KYBELLA®?

Most patients who receive this treatment can return immediately to normal activities.

What are the results?

Patients can expect to get a visible and noticeable reduction in their double chin.  With enough injections many patients achieve almost complete improvement of the double chin.

The safety and effectiveness of KYBELLA® for treatment was developed in two clinical trials which enrolled 1,600 adult participants with moderate or severe submental fat. Participants were randomly assigned to receive Kybella or a placebo for up to six treatments. The results showed that reductions in submental fat were observed more frequently in participants who received Kybella versus placebo.

After being treated with KYBELLA®, patients reported improvement in self-perception, including feeling happier and younger based on their chin profile, as well as feeling less embarrassed, less self-conscious, less overweight and less bothered by submental fullness 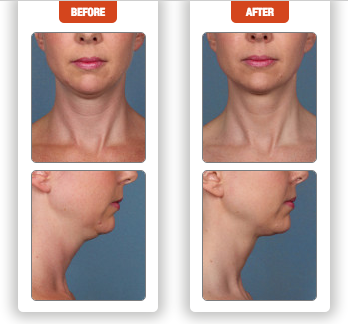 How long will the results last?

When injected into the fat under your chin, KYBELLA® causes the destruction of fat cells. Once destroyed, those cells cannot store or accumulate fat. After the aesthetic response is achieved, retreatment with KYBELLA® is not expected.

View all posts by →

THE LATEST FROM OUR BLOG